Although turbidity analyzers was developed for controlling and monitoring drinking water, a turbidity measurement is also required in wastewater plant more and more to achieve sustainable society.

Apure brand turbidimeters supplying safety water and saving water pollution around the world. You can find the best solution thanks to excellent technologies proven by experiences.

A turbidimeter is a device for measuring the turbidity of water. There are scattered light type, transmitted light type and transmitted scattered light type, which are collectively called optical turbidity meters. It measures the loss of beam intensity when the light beam passes through a liquid containing suspended particles. Ideally, for water samples, the suspended particles should allow the incident light to scatter at an angle of 90 degrees to the light source, however, the angle of the light varies depending on the size of the particles. The smaller the scattering angle, the larger the particles and therefore the higher the turbidity of the water sample. Providing calculated losses directly related to light particle scattering and absorption.

The tool is available in desktop or portable styles. Featuring advanced features, the device offers a high degree of ease of use while using as well as reproducible results. The turbidimeter transmits the collected data to other systems for further examination. Optical turbidity meters are available for laboratory use as well as for use in the field for automated continuous measurements.

Turbidity is usually measured in turbidity units (NTU). Turbidimetric method is used to compare light scattering in water samples with that in reference solutions. It is usually measured by an on-line turbidimeter using the principle of 90° scattered light. When a parallel light beam from a light source passes through the solution, part of it is absorbed and scattered, and the other part passes through the solution. The intensity of scattered light in the direction of 90° from the incident light conforms to Rayleigh formula:

Under the condition of constant incident light, the intensity of scattered light is proportional to the turbidity of the solution in a certain range.

The above formula can be expressed as: Is/I0= K ‘N (K’ Is constant)

According to this formula, turbidity of a water sample can be measured by measuring the scattered light intensity of the particles in the water sample.

It can be used for water plant, power plant, industrial and mining enterprise, laboratory and field test of water sample turbidity. The instrument is often used for drinking water plants for QS certification of the necessary inspection equipment.

Ideally turbidity should be kept below 1 NTU due to the effect of record keeping on disinfection. This is achievable in a large, well-run municipal water supply and should be able to achieve levels below 0.5 NTU prior to disinfection, averaging below 0.2 NTU or less, regardless of the type and quality of the source water. 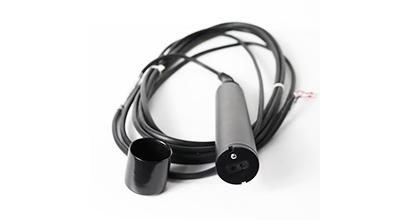 Turbidity is intrinsically linked to water quality. It measures the overall clarity of water by…
Overview Water is the source of life, human beings can not live without water in…
What is ntu in turbidity? NTU stands for turbidimetric turbidity unit, which is the unit…
Water quality is usually described by different indicators such as temperature, dissolved oxygen, pH, total…
Lakes, rivers, streams, wetlands and groundwater are valuable public resources. They provide drinking water, recreation…
Industries and organizations have long used a variety of sensors, but the advent of the…

Looking for more information on our products,